Today, Ixworth is a thriving community of around 3 000 inhabitants possessing facilities that might be considered to be the envy of a number of Suffolk villages

With two schools, police and fire station, doctors surgery, a Post Office, two general stores ( one with a butchers), two pubs and a café, restaurant, take away, plus various other small enterprises. Indeed, this current day vibrancy very much reflects a rich cultural legacy that is still evolving today.

Very little is known about Ixworth during the Neolithic period apart from scattered finds of various flint hand tools. Prior to the Roman occupation the area was occupied by Celtic tribes such as the Iceni and Trinovantes. During the 19th century, a number of finds were discovered, including those in bronze that figured Cunobelinus, King of the Trinovantes, whose capital was Camulodunum (modern day Colchester), and who Shakespeare immortalised as the eponymous Cymbeline.

First real settlement came with the Romans when, initially, a military Fort of the 1st Century AD was built – probably part of the suppression of the local Iceni tribe, and their infamous Queen Boudicca. This later became a thriving market town (possibly named Sitomagus) covering an area of some 7 acres now on both sides of the Ixworth by-pass down the hill from the windmill. The whole area was excavated during 1985 prior to the construction of the long awaited Ixworth by-pass, and a number of interesting finds were uncovered including personal adornments, coins, and building remains. The town was well served by several Roman roads.

When the Romans returned to their homeland, the Angles and the Saxons arrived settling in scattered hamlets close to the former Roman settlement. By the time of Edward the Confessor there were two main Manors in the village and even by 1086 (the Doomsday Book) the population was little more than 50 people. The advent of the Normans created great upheaval with the arrival of the Baron Robert Le Blund who took over both Manors. It was his son Gilbert who founded the Ixworth Augustinian Priory around 1100 which lasted until its dissolution in 1537.During that period Ixworth developed apace and many of the fine timber framed buildings, which can be seen today, were constructed.

The first substantial map of Ixworth was assembled in 1625 and gives a unique insight into the community at that period. The next major survey had to wait until the Tithe mapping of 1846 with all the apportionments of both land and property. Finally there has been the major growth of the 20th century, likely to continue in the 21st, which has shaped and will continue to shape  our village as we know it today.

One cannot leave without allusion to the name of Ixworth as there may be some understandable confusion. The current name, derived from place names studies, is probably a spoken corruption of the Saxon person Gycsa / Gisca’s soil (or place). There isn’t really any evidence to suggest that the ‘Icks’ sound, common to Icklingham and Iceni, is anything more than coincidence, nor is there any evidence to suggest that the IX, Roman numerals for 9, suggests the 9th Legion or 9th district, which would, sadly, be a romantic but probably illogical connection. 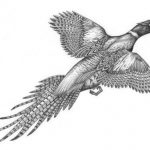 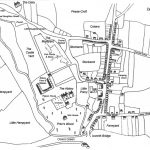 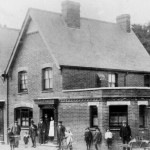 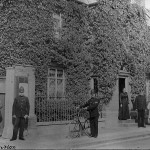 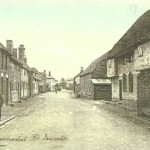 Vintage photos of the High Street and Stowmarket Road

We were fortunate to be passed two pictures from around the start of the 20th century by an Ixworth resident. Two photos are shown below – one looking up the high street and one looking down Stowmarket Road. Fascinating visual history and lovely to see how little has changed over the last century. If anyone has […]
Read more 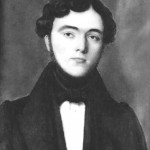 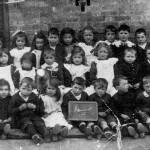 Ixworth Church of England School (an insight into its earlier history via the school logs) All of you will know of the former village school located in Thetford Road, as even today the exterior is a dead give away of its original use. It was, however, way back in the year of 1840, to be […]
Read more 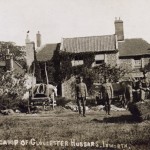 In raiding the precious memories of local residents the Ixworth History Group found that several people had copies of two photographs of the Gloucester Hussars. One showed troops and horses encamped behind The Beeches in the High Street and the other was of three officers on horseback outside the Cyder House. No-one had any explanation […]
Read more 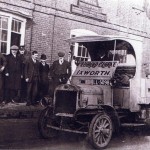 At the bottom of the High Street stands the rather imposing Cyder House with a lovely timber-framed shop frontage next to it and a run of low brick buildings along the Bury Road.  This was home to the Ixworth Cyder Factory (Cyder House was only given that name in 1958, before that it was Trayton […]
Read more 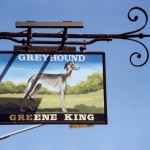 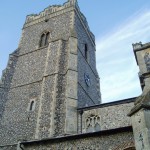 Many of you in the village will be very familiar with our local Anglican church – St Mary the Virgin Church, but I wonder whether you often lift your eyes above shoulder height to really take in the magnificent west tower? The tower (started about 1471) is very impressive with walls at least 6 feet […]
Read more 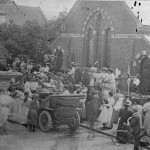 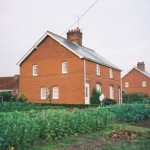 During the late 19th century Ixworth could lay claim to fame, in fact a genuine World First, although the roots of this were not particularly glamorous. The items in question appear on the 1905 Ordinance Survey map, but not on the 1886 edition, which means they must have been constructed between these dates. In fact […]
Read more 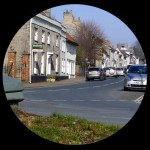 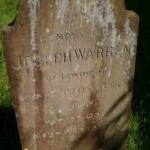 Should you find yourself with a spare moment one day when you are in the vicinity of St Mary’s Church, then an assiduous search of the old Churchyard will finally reward your tenacity, as you will discover the gravestone of one Joseph Warren, another long forgotten, yet important, person from our village’s long history. Not […]
Read more 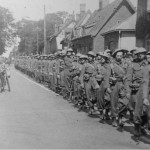 On the evening of 14th May 1940 Anthony Eden, the Secretary of State for War, made a broadcast to the nation calling on able-bodied men between the ages of 17 and 65 to go to their local Police Station and enrol in the Local Defence Volunteers (LDV). The war in Europe was not going well; […]
Read more 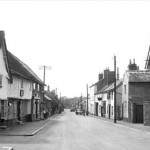 For the next hundred years, life was quite settled. A market was held every Friday and a fair on May Day. Another fair was thrown mid October. Research has even shown that taxes were collected at the Pykkerel Inn, which has kept its name to date and still sits on the High Street. During this […]
Read more 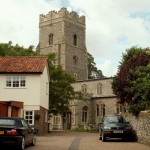 One road that runs through Ixworth connects Colchester and Brancaster. The Romans erected a fort across the road, protecting one of the village’s main points of entry. Once they had left England, the Saxons began to settle in the area and Ixworth continued to grow in the same place. Ixworth has always had strong farming […]
Read more 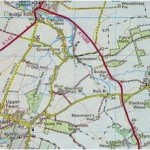 The article below is taken from the Domesday Reloaded. In 1986 the BBC launched an ambitious project to record a snapshot of everyday life across the UK for future generations. When the new Ixworth Bypass was planned the route went over a known Roman site. The builders allowed local archaeologists some months in which to […]
Read more