The Greyhound is a very familiar sight in the High Street but I have always been intrigued by the building as I could never work out its age; this is because it is very well disguised. In trying to find out more I discovered that little is known of its history – even Greene King could only tell me so much. 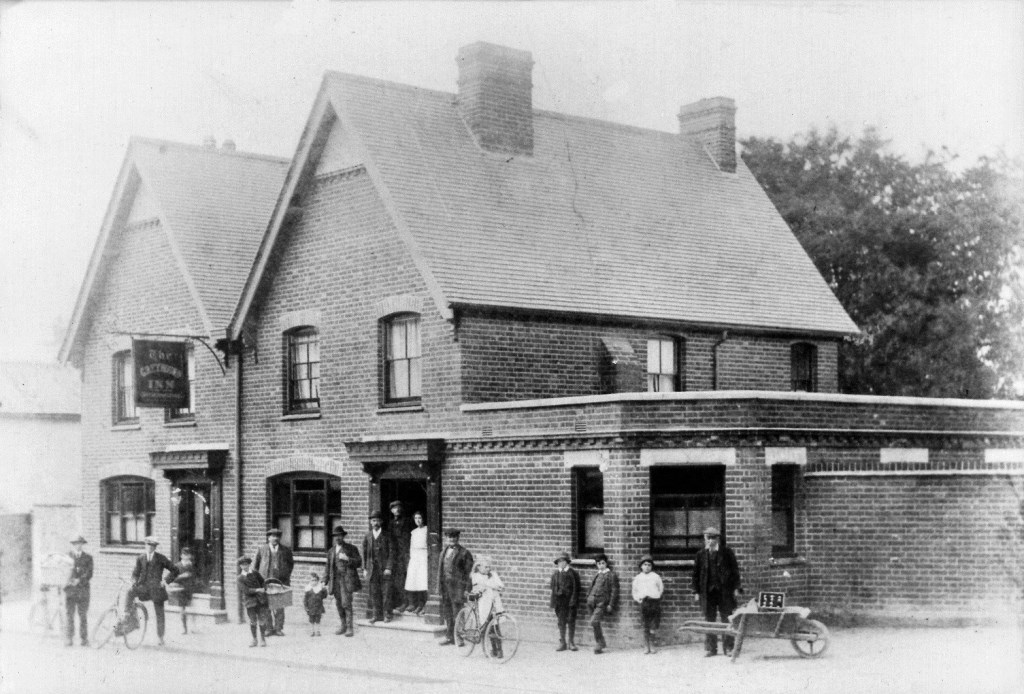 There is no indication as to how it got its name. John Cutting told us that the earliest Greyhound inn signs came from the badge of the Tudors although the Boldero family, long established in Ixworth, also had a greyhound in their crest. Thetford Road was once known as Greyhound Lane, but this was because the pub stood at the corner, just as Crown Lane had the old Crown on its corner. In 1737 the inn was available to let along with 30 acres of arable and pasture land. Then in March 1750 it was sold, along with the Crown and all that land, for £710, by the Reverend Christopher Grove. Richard Norton, Lord of the Manor of Ixworth, bought it but he was clearly only interested in the land as he sold the Greyhound on, nine months later, to Richard Atkin of Barking, near Needham Market. In due course Atkin became the only owner of the Greyhound to serve as its landlord. When he died in 1779 the Inn was sold at auction to Joseph Maulkin for £460.

Maulkin had established a large malting business in the Westgate area of Bury St Edmunds and the Greyhound remained in the family’s possession for 96 years. When Joseph Maulkin’s grandson, Robert, died in 1875 the Inn was auctioned once more and was bought by Frederick King for £880. Frederick King was, in fact, Robert’s son-in-law and had been brought into the family business to put it back on track after much mismanagement. King had added brewing to the business and had established the St Edmund’s Brewery, also in Westgate. At the time of the auction King was listed as the tenant of the Greyhound as well as seven other pubs auctioned that day, presumably on behalf of the brewery. In 1887 King merged his brewery with that of his neighbour, Edward Greene, and Greene King was born. 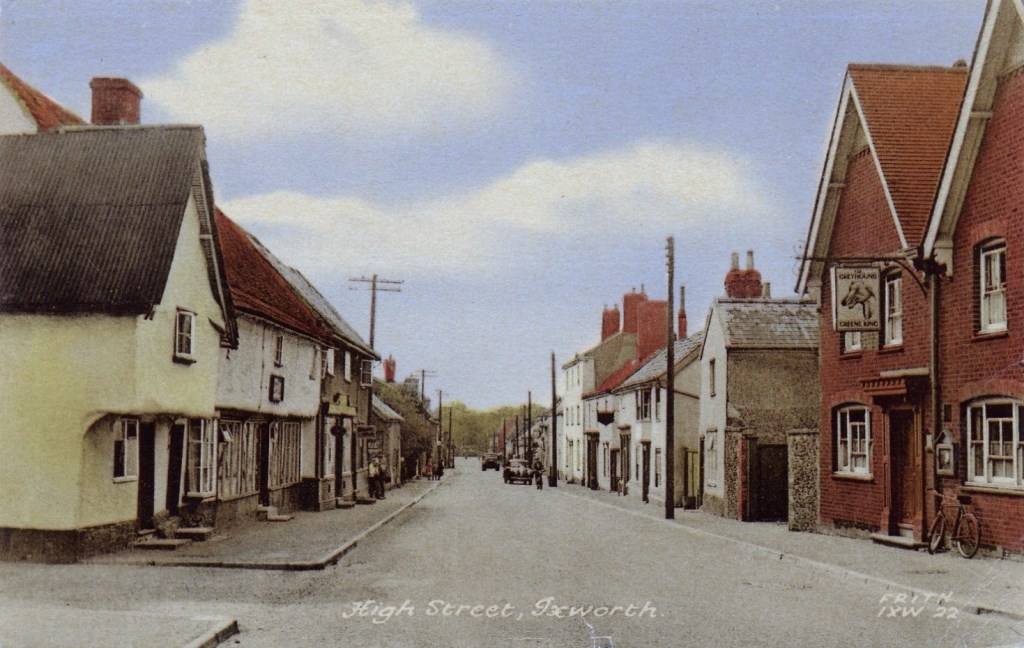 The Greyhound and the High Street 1930s

The earliest landlord recorded is Charles Fyson who is described as being ‘late of the Greyhound’ in the indenture of March 1750; Francis Goldsmith is there by September 1750. Matthew Tyrrell is named in an insurance policy of 1790. Edward Dover is listed in the Pigot’s Directory of 1823; his son (Edward junior), and then his daughter-in-law (Mary), carried on the business throughout the 1830s. The 1841 census shows her as a farmer and the publican is John Mason. His term must have been short as the 1844 directory gives us John Nixon who had moved on to The Pickerel by the 1851 census. The tithe apportionment of 1847 has Robert Reeve in post.

The building was very crowded in 1851 as William Spurling lived there with a wife, one child, an ostler and no fewer than 10 lodgers. (The name of the pub is not always given in the census but the listing of an ostler (to attend to the horses) marks the Greyhound out). Following Seth Rolfe the Nixons make a return as John’s much younger brother James Nixon is the innkeeper in 1861. He had an itinerant life – his 3 children were born in Wootton Bassett, Lambeth and Pakenham. There is still an ostler in 1861 but the lodgers have reduced to two. 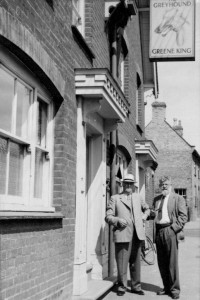 Mr Gaskin and Mr Cutting outside the Greyhound

Henry Mainprice took the old place on in the 1860s and stayed until 1890. He is the first landlord known to employ a barmaid, had been an omnibus proprietor previously (and continued this business) and also farmed 27 ½ acres. It was during Henry’s tenure that King bought the Inn and Greene King was formed. Newspaper reports during Henry’s time show that The Greyhound had already established its reputation as a centre for community activities. The Inn hosted the annual meetings of The Ancient Order of Foresters, The Ancient Order of Oddfellows and The Old Club Friendly Society. There were also the annual ‘teas’ for the tradesmen of the parish, although these required the landlord to apply for an extension to his licensing hours to midnight! It was also home to the highly-successful Ixworth Greyhounds Quoits Team.

In 1873 the Bury & Norwich Post tells us that; “In appreciation to Mr H Mainprice in providing what is known as the favourite omnibus between Ixworth and Bury St Edmunds, several of his friends gathered together and gave him a complimentary tea at the Greyhound Inn.”

Since this time very substantial changes have been made. A total makeover around 1906 effectively obliterated the original Inn with an extensive remodelling and the encasing of the building in brick; but, rest assured, the remains of the timber frame are under there somewhere. There are no cellars at the Greyhound today but they formerly ran under Thetford Road; perhaps they were thought too insubstantial to support future road traffic and were abandoned as part of the reconstruction.

John Bibby took over at the end of the Victorian period and oversaw the rebuild. In 1905 The Post has this: “The men that were engaged by Mr Edward Pearce for the harvest of Street Farm and Wood Street Farm had their horkey on completion of the harvest at the Greyhound Inn, where Mr and Mrs Bibby provided a bountiful repast.” Things were not always so jolly for the Bibbys, however, their son hanged himself in the stables in 1908 at the age of 22.

There have been only five landlords since then. George Bullock was in charge into the 1920s. Frank Bean and Annie Atkins both recall repertory companies performing plays in the yard in the 1920s and 30s, probably during the time of George Fuller. George Fuller’s son-in-law, Bertie Lovick, held the tenancy in the 1940s and in turn his son-in-law, Roy Howlett, picked up the baton. Keeping it in the family is a long-established Greyhound tradition it would seem. 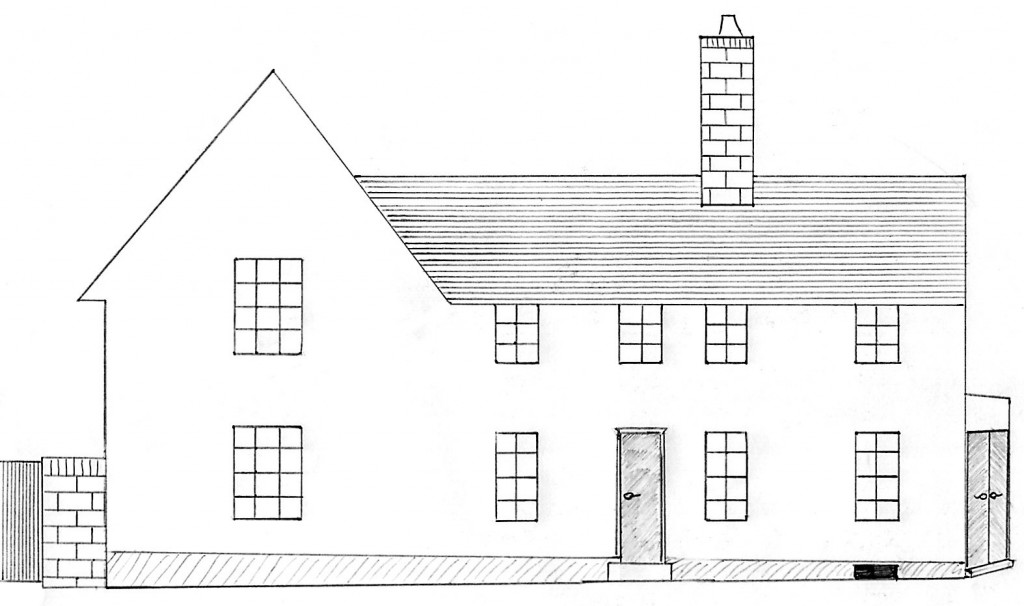 Bertie Lovick’s daughter, Isabertie (also known as Bertie), was born at the Royal Oak in Ixworth Thorpe and was 14 when her father took the Greyhound in 1939. She had worked behind the bar from 1945 and so was well qualified to run the place with her husband Roy. Colin and Sue Pearce have been in charge since 1982.

The stables have become garages and in 1963 there were further extensive alterations and modernisation. The tarmac car park was laid in 1968. At some point a kitchen was built over a disused well; the Pearces’ front room is there now. There is no visible trace of the original building except one old beam.

In more recent times there have been even more changes. Many of you will remember when the present lounge bar was the pool room and the street-door at that side opened on to a short corridor with the snug to the left, pool room to the right and a hatch for off-licence sales straight ahead. Do you also remember the benches along the walls of this corridor from which bedding plants were sold in season?

This article was written by Bernie Wilson who is part of the Ixworth History Group. 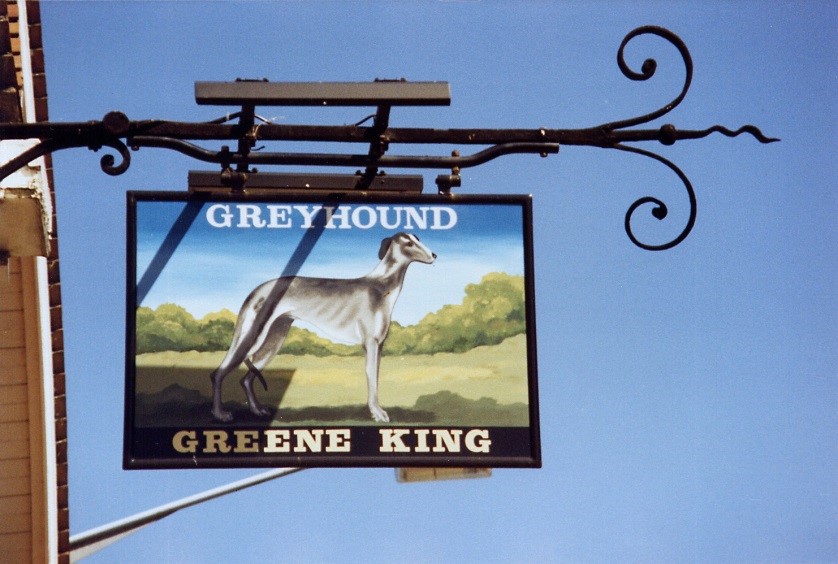