The photograph below is titled ‘Visit of General Booth’ and dated 1903-1904. The scene is obviously outside Ixworth Methodist Church in the High Street. 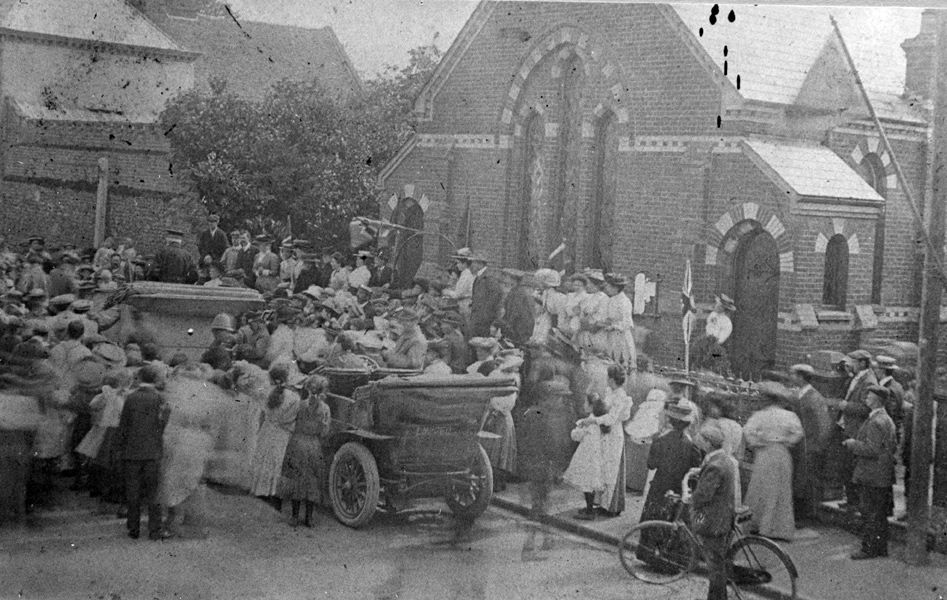 William Booth (10 April 1829 – 20 August 1912) was a British Methodist preacher who founded The Salvation Army and became its first General (1878–1912). The Christian movement was founded in 1865 and spread from London, England to many parts of the world. It is known for being one of the largest distributors of humanitarian aid.

In 1904 William Booth took part in a ‘motorcade’ when he was driven around Great Britain, stopping off in cities, towns and villages to preach to the assembled crowds from inside his open-top car.

Cars were a rarity at this time so they would have been an unforgettable sight to the people of Ixworth.  William Booth must have been aware the motorcade would have been quite a draw. He is the man in uniform with his back to the camera, standing in the front car.

Most of the surviving photos of the Motorcade are when William Booth visited the towns (see photo below) so the Ixworth photograph is a rare sight. 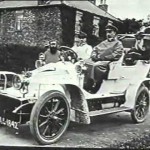 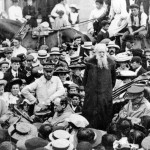 There is even film footage of William Booth visiting towns in his motorcade (unfortunately not in Ixworth!).

The first meeting house for the Wesleyans in Ixworth was a house occupied by a John Howlett, certified for worship on 4th June 1814. Ixworth first appeared on the Wesleyan Plan in 1831 with a membership of 12. In the same year the first chapel was built along the Stowmarket Road leading to Woolpit. In 1835 there were 27 members. Between 1835 and 1838 there was a great revival in the area and in the latter year Ixworth reported 84 members.

By 1840 this was reduced to 39 members. There was much movement of members at this time, among the chapels in surrounding villages – Pakenham, Bardwell, Badwell Ash, Walsham le Willows – in particular. There had been trouble in the Wesleyan Connexion as a whole 1844 – 1848, and this too led to a decline in membership in the Ixworth area as many Wesleyans broke away to join the Wesleyan Reformers ‘ meeting houses. Baptists and Primitive Methodists were also, by now, working in the area, so there was a good deal of competition. The Primitive Methodist Chapel in the Thetford Road was opened in 1879 and closed on Methodist Union, in 1934.

The following report appeared in ‘The Revival’-

Whilst I have been cheered by the heart-stirring accounts of the good work going on in different parts of our favoured land, I have been sorry to read so little from our own county; the blessed work certainly has been going on of late in many villages around us, but I can give particulars only as regards Ixworth. Here we have had an increase in our little society (Primitive Methodists) of twenty-two members within the last six months, among whom are included some who were almost the vilest characters in the village.

We held a tea-meeting on Whitsun-Tuesday; we were all with one accord, in one place, and the Holy Ghost came down among us of a truth. One great effect of the awakening which has taken place in this parish was seen on the 13th of May, on which day our yearly fair has been held from time immemorial, and has been notorious for drunkenness, quarrelling, and fighting. This year all passed off in a quiet and peaceable manner. Our quarterly meeting was held at Ixworth on Monday, June 11th; in the evening we had such an outpouring of the Holy Ghost as we never remember before in this place. Our numbers are still increasing. To God be all the glory. J.K.

According to the report the Primitive Methodists contained some of the vilest characters in the village and the yearly fair was notorious for drunkenness, quarrelling and fighting! Ixworth sounds quite a place to live in at the end of the 19th century.

The Ixworth Wesleyans clearly kept going, however, for a meeting was called of three men on 2nd February 1887 in the house of the Wesleyan Superintendent Minister. They in turn selected eight men as Trustees, “to renew the Trust, to purchase land, authorise plans and to select a builder”. This building was duly completed and dedicated on 4th October 1888. The new chapel in the High Street replaced the existing Wesleyan chapel on the Stowmarket road which was said to be ‘dilapidated, poorly sited and of inadequate accommodation’ (the building became Mr Mulley’s paint shop which was pulled down in the 1980s)

Although all who attended the meeting and the Trustees were men, the minutes of a Trustee meeting on 16th February 1887 state that £73-10s-4d had been placed in a Post Office Savings Account in the names of three ladies to help finance the building of the new Chapel. This sum was raised by Sewing Meeting sales and similar fund raising efforts. It was also reported that “the schoolroom at the back of the Chapel is to have a copper and other facilities for tea meetings”.

Ixworth Methodist Chapel continues to hold weekly coffee mornings in the same room but do not have to use a copper.  In 1988, the Church celebrated its Centenary with concerts, a flower festival and various services. The programme was put together by Allen Mattocks who also wrote a history of the Church.

The Church is still in the High Street, central for the community, and has an average of 20 people attending Sunday morning worship. It is a friendly informal church whose building is fully accessible and refurbished attractively. The fellowship and welcome is always warm. Ixworth Methodist Church and nearby St Mary’s Church of England enjoy a close relationship and the first service of the each month is usually united, alternating between the two venues. 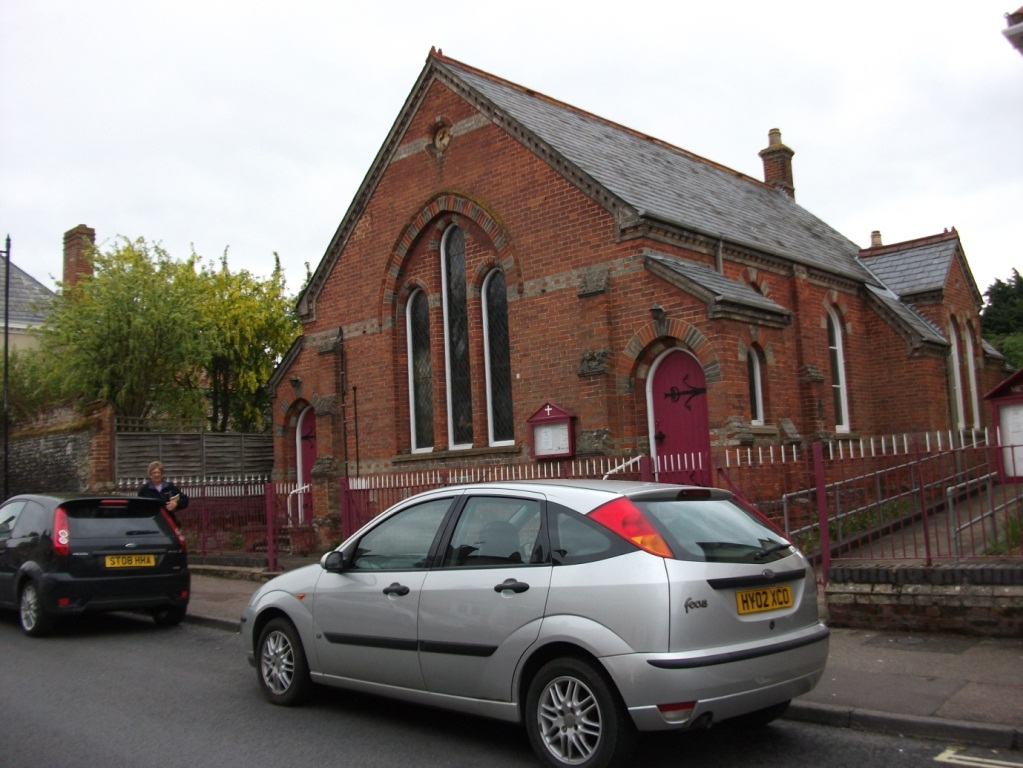 The old photographs are being used by kind permission from the Suffolk Record Office – for queries email bury.ro@suffolk.gov.uk ; lists of photographic and other collections can be found at http://www.suffolkheritagedirect.org.uk/   and further information about the Record Office, its services and collections at http://www.suffolk.gov.uk/LeisureAndCulture/LocalHistoryAndHeritage/SuffolkRecordOffice/

One Response to Ixworth Methodist Church – Past and Present