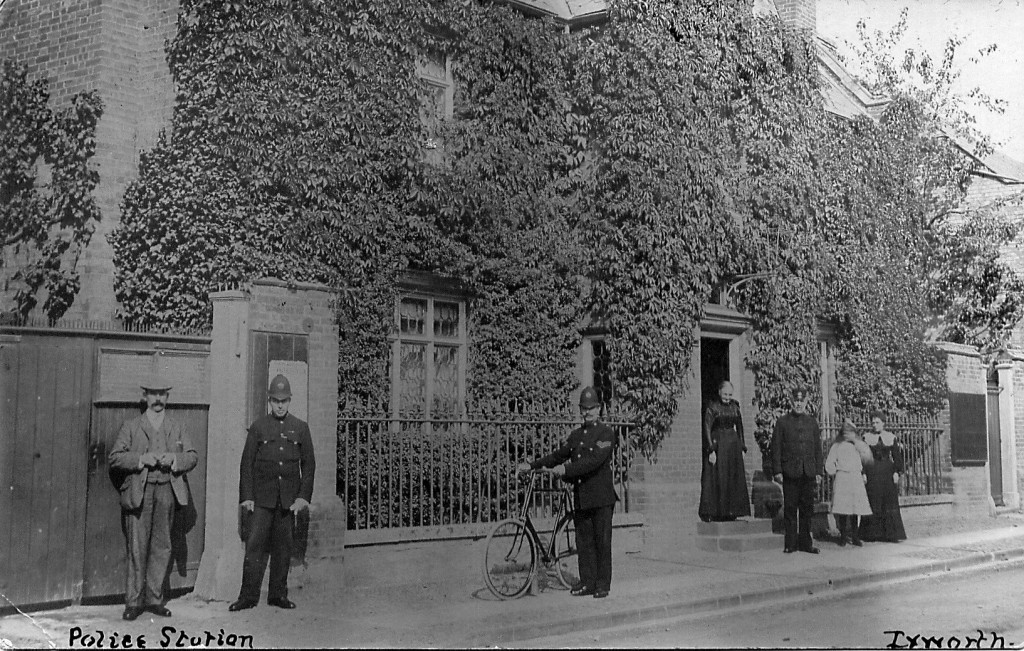 Robert Reeve was born in 1853 to William and Charlotte Reeve who lived in Thetford Road. I first found him at the Ixworth Petty Sessions in August 1870, fined for drunkenness at the Woolpack. In January 1871 he was given 14 days in gaol for disorderly conduct and in March convicted of assault and fined £1 or two months in prison if he defaulted; since he was in Bury Gaol for the 1871 census I assume that he did just that. Charles Sharpe gave evidence against Robert here and they had many dealings with one-another from then on. One year on he was found guilty of assault in Ixworth and, a month later, drunk and disorderly at the Crown Inn. The Crown incident got him another month inside. In 1873 he was gaoled for assaulting a policeman and fined for both illegal fishing and absenting himself from his work. In 1874 he got a month for trespassing in pursuit of game and a fine for drunk and disorderly in the White Horse. Also in ’74 the Bury Post gave him some celebrity when it related the tale of him punching to the ground two itinerant street-minstrels who were insulting the non-Union farm labourers of Ixworth. The Post described him as a ‘young but stout-built lad,’ the minstrels had suggested he should ‘go home and request his mamma to put him to bed.’ He is called Hector in this article and is Robert ‘alias Hector’ Reeve in court from then onwards.

Love was in the air in 1875 when he was betrothed to Ada Lovick, unfortunately, in March of that year, Charles Sharpe stood up in church and loudly objected to the reading of their marriage banns. Charles had had several run-ins with members of the Reeve family, having charged them, and been charged in return, with assault. On this occasion his objection was presumably to Robert’s morals as Ada Lovick was Charles Sharpe’s daughter. It is possible to level an accusation of hypocrisy at Mr Sharpe here, his wife had died in July 1842 but her sister, Sarah Lovick, then moved in as his ‘housekeeper’. Within four years they had the first of several children, and, since marrying your dead wife’s sister was illegal before 1907, the children were variously referred to as Sharpe or Lovick thereafter.

In June 1875 Robert was fined for being drunk and riotous in the highway along with two assaults and in September found guilty of threatening Ada, assaulting Charles and damaging a fence – he received a £2 fine and a further five weeks in gaol. Ada told the court “he said he would run a knife into me, and make my time short in this world.” She explained that they had been living together despite her father denying the banns.

In March 1876 our boy is before the bench again, two charges this time: killing a fowl and trespass in Ixworth Thorpe, he is given six months hard labour. At this time the old House of Correction, which was attached to Bury Gaol, was being demolished and the labour for the job was provided by the inmates. This offered a new avenue for Robert as he and a fellow trespasser escaped and went on the run. Robert was recaptured in Thetford a month later. He just will not learn his lesson, however, and in October he is grabbing Ada by the throat and threatening to kill her again; when she calls PC Watts to her aid Robert attacks him with a stick. A huge struggle ensues outside the Crown with Robert’s brother and stone-throwing locals getting involved. PC Watts is a big strong ex-sailor and he manages to get the cuffs on Robert before he and his Superintendent drag him to the Greyhound then take him to the cells in a wheelbarrow. Another six months in custody follows.

1877 is quiet with only one fine for drunk and disorderly in the Crown. Early in 1878 he gets four months hard labour for stealing fowls; a sentence that ‘will not hurt me a bit’ says our hero from the dock. That still leaves him enough time in the calendar year for a fine for trespass and a further trespass when he is offered the choice of a 27 shilling fine or one month’s hard labour – he decides to take the month because ‘tis nothing new to me.’ He seems to keep his nose clean in 1879, apart from blocking the highway with a felled tree, but saves up a beauty for 1880. In April of that year George Garrard, Robert’s employer, lent his donkey to Robert because he said he could break it in for him; in fact he sold it to a man he met at the Rose and Crown in Stanton. The case was tried at the Quarter Sessions at Bury and reported under the glorious title of ‘Illegal Conversion of a Donkey.’ Found guilty yet again he was given six months in gaol; the judge said he was being lenient as he had been in custody for nine weeks awaiting trial. In the middle of the trial process Ada Lovick gave birth to Robert’s daughter, Delphine Lovick. In the 1881 census Ada is living in her father’s house in Thetford Road with the baby. Robert is at his brother’s house nearby.

Accused of stealing fowls from the Greyhound in 1882, he is sent straight to the Quarter Sessions and given a year of hard labour. He makes it to court once in 1883 but only to testify to his brother’s innocence on a ‘furious driving’ charge – the magistrate doesn’t believe him and finds the brother guilty. 1884 is quite eventful: found not guilty of killing a partridge but bound over to keep the peace for threatening a witness; fined for trespassing in pursuit of fish; three months’ hard labour for stealing a dead rabbit. 1885 brings a £2 fine for trespass and 1886 two months’ hard labour for assault. Every trial judge now makes reference to his long list of previous convictions, ‘legion’ is the term used in 1885. At the Winter Assizes at Ipswich in January 1887 Robert is found guilty of obtaining a pony and a sovereign from Fanny Blizzard, of Bardwell, by false pretences. In passing judgement the judge says that this case on its own would not normally deserve imprisonment but he is getting 18 months with hard labour.

Robert and Ada finally marry in November 1889 but things are beginning to unravel. Charles Sharpe dies early in 1891 then, in October, Robert appears at Norwich Police Court charged with exposing his son, aged ten months, in a manner likely to endanger his health. Robert and Ada, along with their eleven-year-old daughter and infant son, had been found sitting on a public bench at 1.15am in North Heigham. They had come from Beccles seeking lodgings but could not find any because they were strangers. They had been ‘on tramp’ for three weeks, having left home due to a disturbance between Robert and the neighbours, and were unwilling to enter the workhouse. He was discharged with a caution. They came back to Ixworth where Robert was given 28 days for assault and theft of pheasant eggs on May 2nd 1892 and fined £1 for egg-stealing two days later – he had not attended either hearing. He was sentenced to one month’s hard labour for assault in 1894 and cleared of assault in 1895.

In October 1895 he was served with an ejectment order after refusing to leave a cottage in the High Street which he was renting from William Drake, the estate carpenter. Ada would have been pregnant at the time. Robert disappears from the newspapers now but in the 1901 and 1911 census he and his family are living in Vine Fields, Bury St Edmunds, with a son born in Bury early in 1896. Describing himself as a farm labourer and then a labourer ‘of all kinds’ we can only hope that he made a fresh start. Robert ‘Hector’ Reeve died at Bury St Edmunds in 1918 at the age of 65.