Suffolk to be rebranded as “The Curious County” 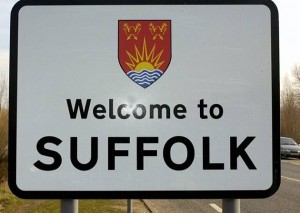 In a move that affects the citizens of Ixworth, we have learned today of proposals to rebrand as ‘The Curious County”. To say that the new branding has caused waves is an understatement.

Quoted from the BBC website – “It’s synonymous with respectable market towns, Benjamin Britten’s music, and bracing swims on shingle beaches. But the bucolic county of Suffolk is divided over how it should present itself to the outside world.

A proposal by local tourism leaders to brand it “the curious county” met with a fierce reaction from some locals, including the area’s Conservative MPs.

“Idiotic and meaningless, if not positively dangerous,” Bury St Edmunds MP David Ruffley railed in the East Anglian Daily Times. Dr Dan Poulter, a minister and Central Suffolk MP, said “It has got to be stopped.” And Dr Therese Coffey, MP for Suffolk Coastal, told the paper that “curious” was a euphemism for something “not quite right”.

Condiment, the Ipswich-based communications agency behind the idea, says the campaign will show that Suffolk has more than fish and chips by the seaside.”

We think that the communications agency should themselves be branded “The Idiots of Ipswich” and stop this lunacy now.